In a judgment laid down on 4 October 2018, the European Court of Justice (“the ECJ”) decided that an online savings account that allowed account holders to withdraw funds immediately and without notice, but which required the account holder to use a current account as an intermediate reference account in the transferral of funds, is not a ‘payment account’ under the Payment Services Directive (“PSD1”). In so doing, it defined the essential elements of a ‘payment account’ for the first time.

As we will see, the opinion’s reliance on the more limited scope of ‘payment account’ used in the Payment Accounts Directive, Directive 2014/92/EU (“PAD”), to define what a ‘payment account’ is results in an overly restrictive view of that term that is at odds with the plain text of PAD itself. The opinion could have repercussions on the interpretation of what accounts are subject to the many obligations imposed by PSD1, and as we discuss below, also the obligations imposed by the revised Payment Services Directive (“PSD2”).

Regarding the applicable law discussed by the ECJ, it is worth noting that the relevant text cited from PSD1 has not changed at all in the new PSD2 (though the definition of the payment transaction has changed), and PAD is still in force. As such, in terms of the legal text, there has been no material change that would motivate a different interpretation under PSD2. This underscores the enduring relevance of this decision despite the substitution of PSD1 with PSD2.

ING-DiBa Direktbank Austria, an Austrian bank, offers a ‘Direkt-Sparen’ account, referred to as an online direct savings account. Using this account, the account holder can make deposits to and withdrawals from this account through telebanking. However, to make those transfers, the account holder must always make them through what is referred to as an intermediate reference account (essentially, a current account); the account holder cannot directly transfer funds from the online direct savings account to any other account than the reference account. Those reference accounts are current accounts which these clients may also hold in a bank other than ING-DiBa Direktbank Austria. According to the referring court the transfers made to or from these online saving accounts do not involve the use of a payment service provider (“PSP”).

The Bundeskammer für Arbeiter und Angestellte, which has standing to protect consumer interests in Austria, brought an action in Austrian courts against ING-DiBa Direktbank Austria alleging that many clauses in its general terms and conditions used were inconsistent with Austria’s Law on Payment Services of 2009, which transposed the Payment Services Directive, Directive 2007/64/EC, into law. Thus, the Austrian courts had to determine whether the online direct savings account offered by ING-DiBa Direktbank Austria fit the definition of payment account under the Law on Payment Services and was thus subject to the obligations relevant to payment accounts under that law.

Austria’s Law on Payment Services reproduced the relevant definitions of PSD1 word-for-word. Thus, the interpretation of the definition of ‘payment account’ in Article 4(14) PSD1 would control whether the online direct savings account would be subject to the provisions of the Law on Payment Services. As such, the Austrian Supreme Court stayed the proceedings and issued a preliminary reference to the European Court of Justice to ask whether an online direct savings account that only allows deposits into and withdrawals from a reference account held by the same account holder would fall within the definition of ‘payment account’ in Article 4(14) of PSD1 within the scope of the Directive.

The directly applicable legal provision at issue is Article 4(14) of PSD1, which defines a ‘payment account’ as “an account held in the name of one or more payment service users which is used for the execution of payment transactions.” The elements of the definition of ‘payment account’ include the legal concepts of:

Although not required to interpret PAD, the ECJ also considered the text of this directive, because, as it had stated, when it interprets a provision of EU law, “it is necessary to consider not only its wording but also its context and the objectives pursued by the rules of which it is part.” Furthermore, recital 14 of PAD indicates that the definitions in this directive should be aligned as far as possible with other EU law instruments, in particular with the definitions in PSD1. In that regard, recital 12 of the PAD establishes that accounts with limited functions like savings accounts should be excluded from the definition of payment accounts under that directive. Specifically, Article 1(6) of the PAD states that it shall apply to payment accounts through which consumers can at least place funds in it, withdraw cash from it, and execute and receive payment transactions to and from a third party.

The ECJ’s analysis and holding

Advocate General Tanchev’s opinion on the matter back in June 2018, which, although not binding upon the Court, does serve as persuasive authority for the judges, relied heavily on PAD to reach his conclusion. He considered that because recital 14 of PAD says that the definitions in PAD should be aligned as far as possible with those of PSD1, that meant that the requirements in PAD for the notion of a payment account “should be taken into account for the interpretation of that notion in Article 4(14) of Directive 2007/64.” Thus, he relied on Article 1(6) of PAD, which sets out the requirements for a payment account to be within the scope of PAD, to define the term payment account under PSD1. Since one of the requirements in Article 1(6) is that the payment account must comprise the ability to execute and receive payment transactions to and from a third party, the Advocate General concluded that the online direct savings account at issue would not fall within the scope of either PAD or PSD1.

In a short opinion, the ECJ largely followed the Advocate General’s position in looking to PAD to provide a definition for the term payment account in PSD1. Drawing from Article 1(6) of PAD, it stated that:

However, this dependence on PAD’s provisions to interpret definitions enshrined in PSD1 could be challenged. Recital 14 of PAD does indeed state that the definitions in that directive should be aligned with other EU law instruments, and in particular with PSD1. However, it does not follow from this statement that the inverse should happen, and that the definitions in PSD1 should be aligned with those of PAD. PAD, though adopted after PSD1, is a directive of more limited scope and should be read against the background of PSD1, which is more generally applicable to payment services across the EU. But applying the definitions of PAD to PSD1 would limit PSD1’s scope to situations where only PAD would apply. This would take many accounts currently considered ‘payment accounts’ under PSD1 out of scope, such as electronic money accounts for example.

Furthermore, even if the ECJ’s reliance on PAD would have been appropriate, its interpretation of PAD’s provisions themselves could be challenged. It should be noted that the deciding provision in the case, Article 1(6) of PAD, does not purport to define ‘payment account’, and it is explicitly unexhaustive regarding the term ‘payment account’.

“applies to payment accounts through which consumers are able at least to … (c) execute and receive payment transactions. . . to and from a third party.”

However, the same article goes on to say that “Member States may decide to apply all or part of this directive to payment accounts other than those referred to in the first subparagraph.”

The ECJ’s interpretation of ‘payment account’ as excluding the online direct savings account at issue could have been reached by other means aside from PAD that were also touched upon in the Advocate General’s opinion. For example, the travaux préparatoires for PSD1 struck out references to ‘savings accounts’ on the grounds that “savings accounts are in any case not classified as payment accounts.” Similarly, under a contextual interpretation of ‘payment account’ based on the obligations enshrined in PSD1, they could have concluded that some of the obligations in the Directive would be inapplicable to the operation of an account that does not comprise the ability to execute or receive payment transactions to and from third parties. Furthermore, if the facts of the case are correct in that the account holder could make ‘withdrawals’ without the intervention of a PSP between the online direct savings account and the intermediary account, one could argue that there was no payment order for the execution of a payment transaction (since a payment order requires a PSP), which means that the account would not be a payment account, as the required element of payment transaction is not present. These alternative interpretations would have prevented the blanket analogical application of PAD’s very limited scope of payment accounts to the concept of ‘payment account’ as a whole under PSD1.

Regardless of whether the ECJ’s reasoning is expanded in the future to other accounts not covered by PAD (such as electronic money accounts and credit card accounts) and given that the relevant text from PSD1 is substantially unchanged in PSD2, the Bundeskammer decision will have a significant impact on those savings accounts that require an intermediary current account to deposit or withdraw funds, which is how most savings accounts operate. For these accounts, rules such as information requirements, value dating, and the ‘open banking’ requirements for banks to share account data with account information service providers and payment initiation service providers, will not apply. Payment services providers should consider how this decision affects their business model and their regulatory obligations.

DALIR is available to assist firms with their legal and regulatory needs regarding the implementation of the revised Payment Services Directive (PSD2) and related regulations and guidelines. Do not hesitate to get in contact with the team if you have any questions. 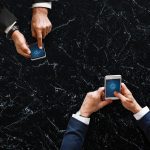 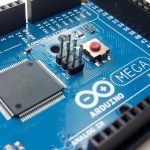 The EBA issues Opinion on the use of eIDAS certificates under the RTS on SCA and CSCBriefings, Fintech, Payment Services