“It’s was an honour being a guest, together with other Montenegrin scientists from around the world, of the Montenegrin Ministry of Science and the Chamber of Economy at the conference on the ‘Challenges on the Path to the EU’. It was very interesting to see that while the UK is paving its path out with Brexit, one of the strengths of the EU could still be seen here in action as it is driving positive changes in the countries in the Balkans, including Montenegro.

However, unlike when the first block of the Eastern European country joined the EU, and the accession timelines played a key stimulating role, the projected deadline of 2025 for the next EU accessions has seemingly created a slight feeling of frustration to those most advanced in their EU negotiations. It has consequently raised a question if the EU still represents such an attraction to behave like a “young bride to be”. In that context, there is no doubt that having all former Yugoslav countries reunited under the EU umbrella would strengthen the stability of the region. Hopefully the EU leaders recognise this as well, and will not allow the EU internal bureaucratic processes to derail the accession of those countries and cause them to look for alternatives.” 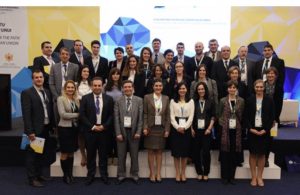 Registered with SRA
DALIR Ltd is a private limited company registered in England and Wales under number 10678993. Registered office is at 57 Berkeley Square, Lansdowne House, Mayfair, London W1J 6ER. Authorised and regulated by the Solicitors Regulation Authority under number 638609 | The word “partner” refers to a shareholder, director, consultant or employee of DALIR Ltd who is a practising lawyer with equivalent standing and qualification. The use of the word “partner” should not be taken to imply that this firm is a partnership, and any business conducted with the firm is with DALIR Ltd only and not any one person individually | Copyright © 2017- DALIR Ltd.
PS17/19: Implementation of the revised Payment Services Directive (PSD2)
DALIR joints ELTA